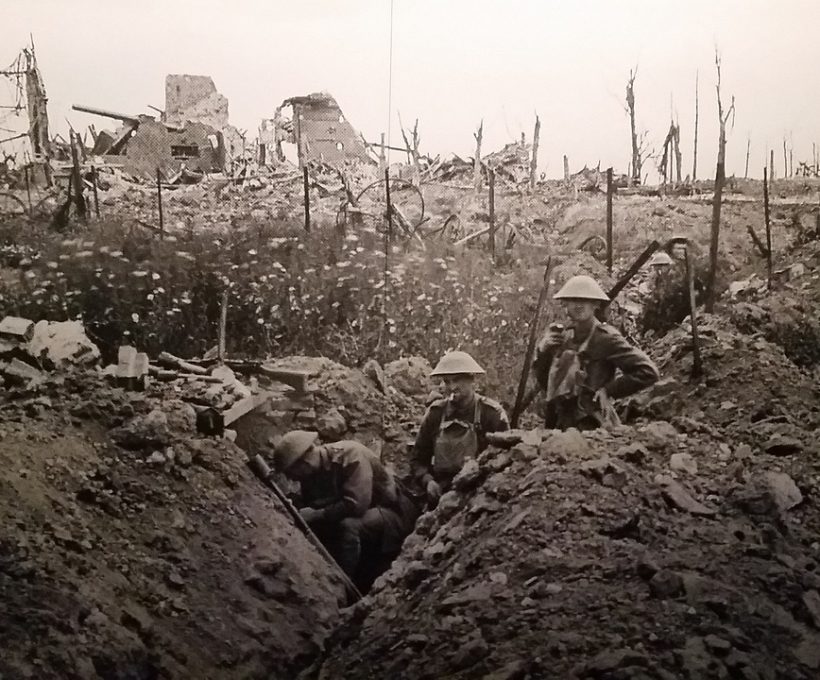 The outbreak of war stimulated a wave of social and political solidarity in the combatant countries. However, this mood did not last when the prospect of a swift victory receded.

The sacrifices demanded of people in the states at war were extreme. By the end of 1915, for example, around 640,000 French soldiers had been killed in the conflict. Civilians had also found themselves exposed to mounting hardships as governments mobilized their full resources. In Germany, the need to conserve supplies of animal feed led to the mass slaughter of livestock in 1914-15, exacerbating the food shortages of 1916. The political truce that had prevailed at the beginning of the war began to break down.

Throughout 1916, many people in the warring states of Europe faced mounting economic hardship. Governments struggled to maintain social cohesion. States that could not cope with the demands of war faced the threat of revolution.

For many civilian in Germany and Austria-Hungary, the experience of the war centered on their daily struggle to find enough to eat. Inevitably, the Central Powers blamed their acute food shortages on the Allied economic blockade. From the start of the war, Britain included foodstuffs among the items that its Royal Navy banned from entering Germany.

Germany and Austria-Hungary were large agricultural producers and not heavily dependent on seaborne imports import’s of staple foods. The blockade contributed to shortages, but a steep fall in domestic agricultural output was also a factor. This was partly caused by the transfer of labour from agriculture to the army and factories, and partly by a shortage of fertilizers, due to chemicals being diverted to make high explosives.

From 1915, Germans were eating “K-bread” made chiefly from potatoes. Ersatz (substitute) products replaced many items, including coffee, butter, and sausages. The German government introduced rationing and created various agencies to enforce controls on food production and prices. The effect of these was often counter-productive and a black market flourished.

Germany’s harvest in 1916 was a disaster. There followed the “Turnip Winter”, named after the only food many people could obtain. The official ration allowed 100g (3.5 oz) of meat and one egg a week, but these were often unobtainable. Germans with money to buy food on the black market could eat, but poor people in urban areas suffered malnutrition.

The food situation in Germany was at its worst in the winter of 1916-17, although shortages, soup kitchens, and food queues were a permanent fact throughout wartime life. There were occasional food riots and strikes in Berlin, Vienna, and other cities, and a perception that sacrifices were not being fairly shared. Support grew for anti-war socialists, and for separation among Austria-Hungary’s minorities.

Russia’s problems were more acute than those of the Central Powers because of its less developed economy and inefficient administration could not cope with the strains that war imposed. Well-meaning liberals from Russia’s professional business, and landowning classes set up a voluntary organization, the Zemstvo Union, to run some aspects of the war. These included military supply and food relief for the hungry. They were, however, often obstructed by officials, who regarded them as subversives. The Duma, the Russian parliament, representing liberal opinion, was rarely summoned to sit and had no power.

Through 1916, shortages of food became acute in Russian cities and the rail network began to break down for lack of fuel. In the countryside, where men and horses had been taken off to the army, women were yoked to ploughs to till the soil. In factories, strikes erupted as price inflation ran ahead of wages, making scarce food unaffordable for many. Meanwhile, among Russia’s aristocracy and administrative class, flagrant corruption was widespread, as was conspicuous consumption of luxury goods.

Under these difficult circumstances, Russia’s Tsarist regime could not hold the allegiance of the common people or the middle classes. Increasingly, blame was pinned on German elements within the court. Popular discontent had already found expression in anti-German riots in 1915. Tsar Nicholas’s wife Tsarina Alexandra, was of German origin and some of the Tsar’s ministers had Germanic names.

Changing the name of the capital from the Germanic St. Petersburg to the Russian Petrograd was not enough to stem rumors that a pro-German clique around Alexandra was subverting the war effort and deliberately starving the people. The mysterious Rasputin, a powerful influence on the Tsarina, was viewed as a sinister force at court. His assassination in December 1916 did nothing to halt the deterioration of a political situation in which both liberals and the urban and rural working populations were aligned against the regime.

Britain, France and Italy suffered less severe shortages than other countries. But their governments had difficulty persuading people that sacrifices were being fairly shared. Profiteering by businessmen running war industries aroused anger. In France, disillusion was widespread when Henri Barbusse’s anti-war novel Le Feu (Under Fire) was published in 1916.

In Britain, in spite of increasing frequency of workers’ strikes, a large measure of political and social solidarity was maintained. First Herbert Asquith and then David Lloyd George led coalition governments supported by the Conservative, Liberal, and Labour parties. A solidarity that maintained the social and political equilibrium in Britain, which saw the nation emerge from the war as one of the few survivors of the end of the “Age of Empires”. However, Britain too would have to change if it were to survive in the modern era.