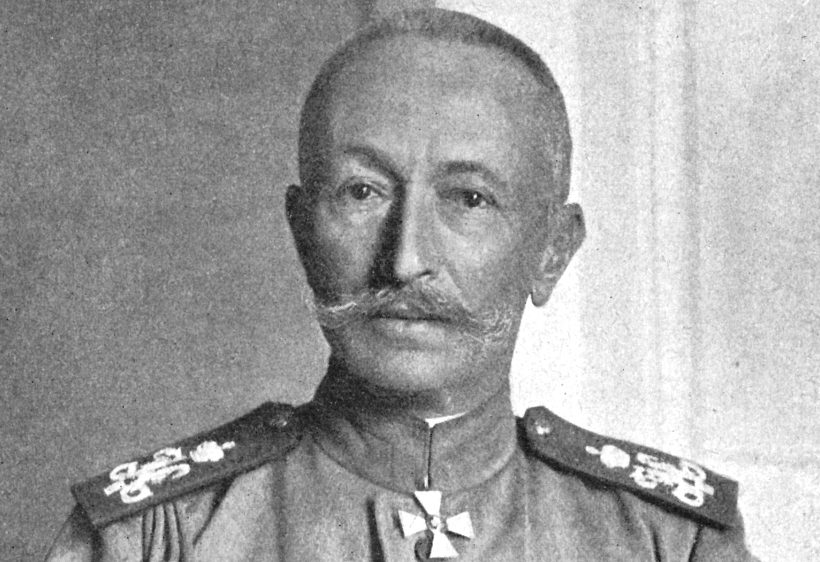 Russia’s most successful operation of the war was the superbly prepared offensive launched by Aleksei Brusilov in June 1916. It drove Austro-Hungarian forces back across a wide front and dealt a mortal blow to the tottering Austro-Hungarian Empire:

In mid-April 1916, Russia’s senior commanders held a meeting with their Commander-in-Chief Tsar Nicholas II to discuss military plans for the summer. The Tsar and his Chief of Staff. General Mikhail Alexeev, were committed to a summer offensive that would coincide with an Allied attack at the Somme on the Western Front, and part of the objective of the campaign was to assist the beleaguered French forces at Verdun by drawing away German troops and supplies, assisting the French in a counterattack in that sector.

The generals commanding the northern sector of the Russian Front, chosen as the location for the offensive, were appalled at the prospect of leading an attack they believed could not succeed. Only when promised large-scale reinforcements did they agree to the plan. To their surprise, General Brusilov, who was commanding the Southwest Army group facing Austro-Hungarian forces in Galicia, also volunteered to mount an offensive.

Since Brusilov was not asking for reinforcements, Alexeev allowed him to go ahead. Viewing his operation as a harmless diversion from the main Russian attack in the north. Brusilov had made a very careful study of available trench warfare techniques and analyzed the reasons for previous failures. The offensive tactics so far adopted By Russia had been based on concentrating a large mass of infantry and artillery upon a small sector of the Front. This sledgehammer approach, he concluded, produced small initial gains at heavy cost, before enemy reserves delivered crushing counterattacks.

Brusilov planned an offensive delivered by four armies at points across his entire front, thus preventing the enemy from concentrating reserves at any point. He intended to seize enemy trenches without using substantial numerical superiority of infantry or artillery. Aerial reconnaissance would be used to locate Austro-Hungarian artillery batteries, and other key targets for the Russian guns, which were for once adequately supplied with shells.

Soldiers were thoroughly trained for the operation, and, unlike in the previous year, all had rifles. Saps (short trenches) were dug forward into no man’s land to serve as launch pads for surprise attacks. Further back, huge dugouts were excavated to shelter reserves within range of enemy guns.

Launched on 4 June, the offensive was a total surprise to the Austro-Hungarian forces. The preliminary bombardment was brief and accurate. Waves of Russian infantry occupied enemy front-line trenches with only light casualties. Brusilov then poured in his reserves to sustain the offensive.

Unable to mount a viable resistance, the Austro-Hungarians were soon falling back in disarray. Their fortified position at Lutsk fell in two days. Within a week, Russian forces had advanced up to 65km (40 miles) from their start lines. Austro-Hungarian soldiers surrendered in vast numbers – some 200,000 prisoners were taken during the first nine days alone.

Austro-Hungarian Chief of the General Staff Conrad von Hötzendorff was forced to transfer troops from the Italian Front and plead for help from Germany. Heavily engaged at Verdun and aware of an imminent Allied offensive on the Somme, the Germans had limited support to offer.

By mid-June, supply and transport problems had halted the Russian advance, but an Austro-Hungarian and German counterattack largely failed. Brusilov was able to renew his offensive in July, achieving further advances – Russian troops at the southern end of the Front reached the Carpathians.

But these gains were made at mounting cost. The glow of triumph for the Russians gradually faded. Brusilov’s efforts were poorly supported by Russian central command and the generals to the north. The arrival of increasing numbers of German troops stiffened defences, so that Russian gains diminished and losses increased. By the time the offensive petered out in the autumn, Russian troops were suffering as many casualties as their enemies.

Austria-Hungary was the chief loser in the fighting. From September 1916, the Germans took command of Austro-Hungarian forces on the Eastern Front. Without control of its own army, Austria-Hungary had effectively ceased to be a fully independent country.